Controlling the quantum world: the science of atoms, molecules, and photons


In particular, multiphoton excitation of cyclohexane alone is capable of producing hexatriene. Statistical analyses of data sets obtained in learning algorithm searches in neat cyclohexane and for CHD in hexane and cyclohexane highlight the importance of linear and quadratic chirp, while demonstrating that the control features are not so easily defined. Higher order phase components are also important. On the basis of these results the involvement of low-frequency ground-state vibrational modes is proposed.

When the population is transferred to the excited state, momentum along the torsional coordinate may keep the wave packet localized as it moves toward the conical intersections controlling the yield of Z-HT. Femtosecond time-resolved small and wide angle x-ray diffuse scattering techniques are applied to investigate the ultrafast nucleation processes that occur during the ablation process in semiconducting materials.

Following intense optical excitation, a transient liquid state of high compressibility characterized by large-amplitude density fluctuations is observed and the buildup of these fluctuations is measured in real time.

Inspired by Biology: From Molecules to Materials to Machines.

Small-angle scattering measurements reveal snapshots of the spontaneous nucleation of nanoscale voids within a metastable liquid and support theoretical predictions of the ablation process. Attoscience is the study of physical processes that occur in less than a fraction of a cycle of visible light, in times less than a quadrillionth of a second. The motion of electrons inside atoms and molecules that are undergoing photoionization or chemical change falls within this time scale, as does the plasma motion that causes the reflectivity of metals.

The techniques to study motion on this scale are based on careful control of strong-field laser-atom interactions. These techniques and new research opportunities in attosecond spectroscopy are reviewed. The ultrafast decay of the x-ray diffraction intensity following laser excitation of an InSb crystal has been utilized to observe carrier dependent changes in the potential energy surface.

At high excitation densities, the interatomic forces that bind solids and determine many of their properties can be substantially altered.

Spectral and phase shaping of femtosecond laser pulses is used to selectively excite vibrational wave packets on the ground S0 and excited S1 electronic states in the laser dye LD The transient absorption signals observed following excitation near the peak of the ground-state absorption spectrum are characterized by a dominant cm -1 vibrational mode. This vibration is assigned to a wave packet on the S0 potential energy surface.

When the excitation pulse is tuned to the blue wing of the absorption spectrum, a lower frequency cm -1 vibration dominates the response. This lower frequency mode is assigned to a vibrational wave packet on the S1 electronic state. The spectrum and phase of the excitation pulse also influence both the dephasing of the vibrational wave packet and the amplitude profiles of the oscillations as a function of probe wavelength.

Excitation by blue-tuned, positively chirped pulses slows the apparent dephasing of the vibrational coherences compared with a transform-limited pulse having the same spectrum. Blue-tuned negatively chirped excitation pulses suppress the observation of coherent oscillations in the ground state.


We have investigated the ring opening of 1,3-cyclohexadiene to form 1,3,5-cis-hexatriene Z-HT using optical pulse shaping to enhance multiphoton excitation. A closed-loop learning algorithm was used to search for an optimal spectral phase function, with the effectiveness or fitness of each optical pulse assessed using the UV absorption spectrum.

Rather, negative quadratic phase was identified as an important control parameter in the formation of Z-HT. The melting dynamics of laser excited InSb have been studied with femtosecond x-ray diffraction. These measurements observe the delayed onset of diffusive atomic motion, signaling the appearance of liquidlike dynamics. They also demonstrate that the root-mean-squared displacement in the [] direction increases faster than in the [] direction after the first fs. This structural anisotropy indicates that the initially generated fluid differs significantly from the equilibrium liquid. The motion of atoms on interatomic potential energy surfaces is fundamental to the dynamics of liquids and solids.

An accelerator-based source of femtosecond x-ray pulses allowed us to follow directly atomic displacements on an optically modified energy landscape, leading eventually to the transition from crystalline solid to disordered liquid.

We show that, to first order in time, the dynamics are inertial, and we place constraints on the shape and curvature of the transition-state potential energy surface. Our measurements point toward analogies between this nonequilibrium phase transition and the short-time dynamics intrinsic to equilibrium liquids. Linear-accelerator-based sources will revolutionize ultrafast x-ray science due to their unprecedented brightness and short pulse duration.

However, time-resolved studies at the resolution of the x-ray pulse duration are hampered by the inability to precisely synchronize an external laser to the accelerator.

At the Sub-Picosecond Pulse Source at the Stanford Linear-Accelerator Center we solved this problem by measuring the arrival time of each high energy electron bunch with electro-optic sampling. This measurement indirectly determined the arrival time of each x-ray pulse relative to an external pump laser pulse with a time resolution of better than 60 fs rms. Ultrafast X-ray experiments at synchrotron sources hold tremendous promise for measuring the atomistic dynamics of materials under a wide variety of transient conditions. 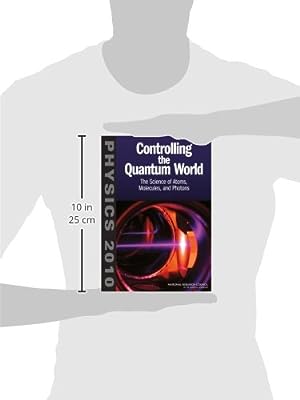 In particular, the marriage of synchrotron radiation and ultrafast laser technology is opening up a new frontier of materials research. Structural changes initiated by femtosecond laser pulses can be tracked in real time using time-resolved X-ray diffraction on picosecond time scales or shorter. Here, research at the Advanced Photon Source is described, illustrating the opportunities for ultrafast diffraction with some recent work on the generation of impulsive strain, coherent phonon generation and supersonic diffusion of electron-hole plasmas. The flexibility of time-resolved Bragg and Laue diffraction geometries are both utilized to illuminate the strain generation and evolution process.

Time-resolved X-ray science will become increasingly important with the construction of linac-based ultrafast X-ray sources. The coherence of two coupled two-level systems, representing vibrational modes in a semiclassical model, is calculated in weak and strong fields for various coupling schemes and for different relative phases between initial state amplitudes.

A relative phase equal to pi projects the system into a dark state. The selective excitation of one of the two, two-level systems is studied as a function of coupling strength and initial phases. We explore coherent control of stimulated Raman scattering in the nonimpulsive regime. Optical pulse shaping of the coherent pump field leads to control over the stimulated Raman output. A model of the control mechanism is investigated. We present new results on the quantum control of systems with infinitely large Hilbert spaces.

Looking for other ways to read this?

Extending this analysis to the quantum states of two ions, a new scheme for producing entangled qubits is discovered. We measure transient strain in ultrafast laser-excited Ge by time-resolved x-ray anomalous transmission. The development of the coherent strain pulse is dominated by rapid ambipolar diffusion. This pulse extends considerably longer than the laser penetration depth because the plasma initially propagates faster than the acoustic modes.

X-ray diffraction simulations are in agreement with the observed dynamics. Synchrotrons produce continuous trains of closely spaced X-ray pulses. Application of such sources to the study of atomic-scale motion requires efficient modulation of these beams on timescales ranging from nanoseconds to femtoseconds. However, ultrafast X-ray modulators are not generally available. Here we report efficient subnanosecond coherent switching of synchrotron beams by using acoustic pulses in a crystal to modulate the anomalous low-loss transmission of X-ray pulses.

The acoustic excitation transfers energy between two X-ray beams in a time shorter than the synchrotron pulse width of about ps. Gigahertz modulation of the diffracted X-rays is also observed.

We report different geometric arrangements, such as a switch based on the collision of two counter-propagating acoustic pulses: this doubles the X-ray modulation frequency, and also provides a means of observing a localized transient strain inside an opaque material. We expect that these techniques could be scaled to produce subpicosecond pulses, through laser-generated coherent optical phonon modulation of X-ray diffraction in crystals.

Such ultrafast capabilities have been demonstrated thus far only in laser-generated X-ray sources, or through the use of X-ray streak cameras. Pump-probe time-resolved x-ray diffraction of allowed and nearly forbidden reflections in InSb is used to follow the propagation of a coherent acoustic pulse generated by ultrafast laser excitation. The surface and bulk components of the strain could be simultaneously measured due to the large x-ray penetration depth.

Comparison of the experimental data with dynamical diffraction simulations suggests that the conventional model for impulsively generated strain underestimates the partitioning of energy into coherent modes. A terahertz half-cycle pulse was used to retrieve information stored as quantum phase in an N-state Rydberg atom data register.

The register was prepared as a wave packet with one state phase reversed from the others the "marked bit". A half-cycle pulse then drove a significant portion of the electron probability into the flipped state via multimode interference. We study the redistribution of Cesium atomic Rydberg states by intense, shaped, narrow-band pulses of millimeter radiation.

The radiation source is a large-area photoconductive switch illuminated by a temporally shaped optical pulse. We will present our latest efforts to study atomic redistribution in the strong-field limit using these table-top THz sources. We demonstrate an apparatus for measuring time-dependent x-ray diffraction.